Soldier under Training (SuT) Siobhan Spiers writes from the Army Training Centre, Pirbright, about her 13th week of basic training which included completion of a major outdoor exercise and an unexpected trip on an RAF Chinook helicopter…

Week 13 was Exercise FINAL FLING, a 5-day (4-night) exercise in the field, and it was the last big hurdle to overcome before passing out of the Army Training Centre, Pirbright.  After being issued with and packing all our usual kit into our bergens, we left camp on the Monday morning and tabbed around 2km to the harbour location. The tab was OK at first and we travelled at a slow and steady pace, but the weight of the bergens on our backs hurt more the longer we were walking, and it made the last part of the journey agony! When we got to the harbour location we started digging in our shell scrapes straight away and spent the rest of the evening finishing them.

After ‘stagging’ on and off all night, Tuesday was filled with patrols where we were attacked by ‘enemy’ (the enemy was played by soldiers from Deepcut) and had to use our fire and manoeuvring techniques – learned on the previous exercise – to “kill” them. We had never practised against a ‘live’ enemy before, so in the first couple of attacks we panicked a bit, but the more we did it the better we got. After a day of patrols we returned to the harbour, had our ration pack dinner, and were on Stand-To for last light. Stand-To is where we all sit in our shell scrapes facing outwards as the light fades, because it’s when we are most likely to be attacked. As we lay in our shell scrapes, some enemy walked past our harbour without seeing us and they were talking about IEDs (improvised explosive devices). As a result of the enemy sighting, we went on patrol that night with a CWS (a night vision sight) to observe them and try to get as much information about them as possible – particularly the IEDs we had heard about.

Wednesday saw us conduct a Counter-IED patrol (our Counter-IED test) in the morning, followed by more patrols, where we came under contact again. In the afternoon we carried out a ‘shura patrol’.  This is where we speak to the local population to get information about the local situation and also take the opportunity to try and build rapport with them, so they can learn to trust us. It was important to learn this as shura patrols often take place in Afghanistan and are vital in building a relationship with the civilians and showing them that we are there to help.

At around 0500hrs on Thursday we were attacked, so Stand-To was called and we quickly got out of our sleeping bags to defend the harbour area against the enemy. The attack lasted around 5 minutes and, when it finished, we rushed around to pack all our kit and leave the harbour area to avoid any further attacks now that the enemy knew our position. We tabbed back to the FOB (Forward Operating Base) where we would be spending the final night. When we got to the FOB we had some admin time and were told to get ready to march back to camp where we would get picked-up by a Chinook helicopter. At first we all thought it was a wind0up and that we were actually returning to camp for a different reason, so we left the FOB at 1200hrs feeling rather pessimistic. But once we got to camp we went to the football pitches where some RAF crew were waiting for us and taught us a bit about the Chinook and how to call one in an emergency. 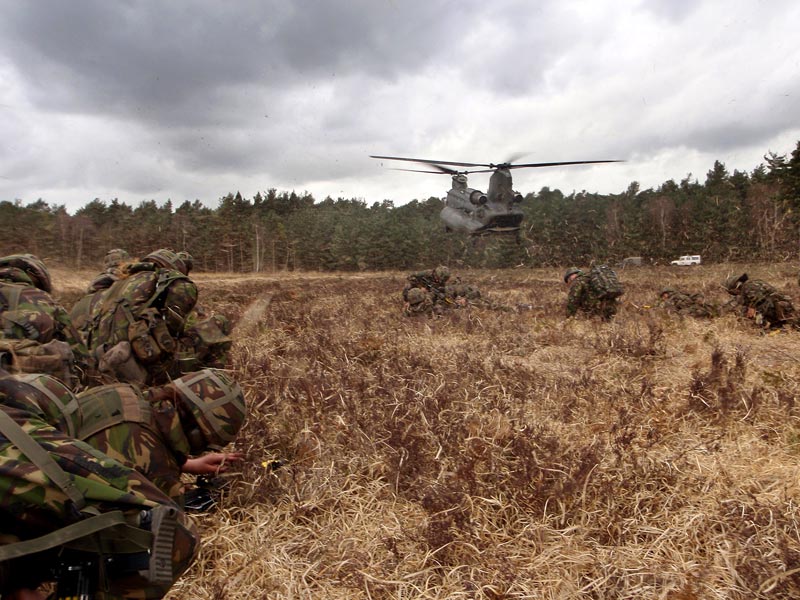 When we were practising our drills for getting on and off a helicopter, a Chinook actually landed in the field and, after a safety brief, we boarded it and were flown out to the area to conduct a patrol. Flying in the Chinook was an amazing experience and we all were buzzing with adrenaline; especially as, once we were dropped off, we were ambushed by enemy troops and had to clear the positions before the Chinook reappeared to pick us up and take us back to the safety of camp. Most of us couldn’t believe that we had got the chance to fly and couldn’t stop smiling the rest of day as we marched back to the FOB. In the afternoon the Padre visited us to conduct a field service. We sang some hymns and said some prayers and, just as the Padre was finishing the service, we came under contact once again. It was an “IDF” attack (indirect fire) so after taking cover until the threat had been cleared we defended the FOB and returned fire. After all the excitement of that day, we tried to get an early night as we would be up early for final attack in the morning!

Friday was our last day on exercise, and probably the hardest and most important. We woke at 0430hrs, so we would be ready to leave the FOB at 0500hrs to go and launch the final attack. The attack was on a much bigger scale than we had ever done before and took an hour and 40 minutes to complete. Each section took turns at suppressing the enemy (firing on them to keep their heads down as another section attacked them), actually attacking one of the four positions and also being reserves as we came across each new enemy position. It was hard work, but we all felt a massive sense of achievement when it was finished.

We were back in camp on Friday just before lunch time. And just like any other exercise we’ve done, we were exhausted. But now that FINAL FLING is finally complete, passing out seems more like a reality and closer than ever!

2 thoughts on “Buzzing with adrenaline” 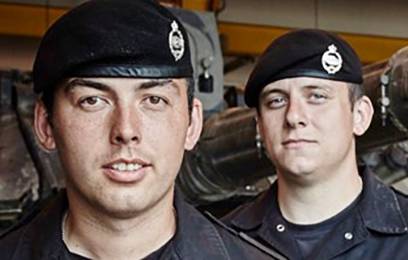 Men and women of the Regulars and Reserves give you the lowdown on their Army lives. 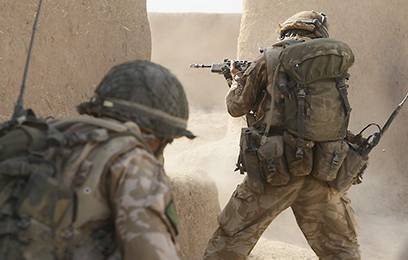 Soldiers and officers talk about adventures through jungles and deserts around the world.
More about the Army 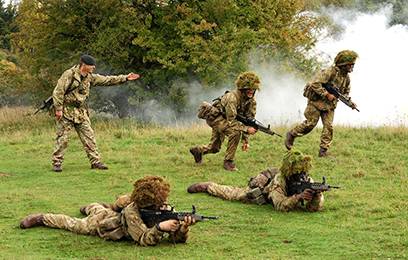 Everyone’s career in the Army starts with training, whether it’s Phase 1 (Basic) Training for soldiers, or officer training at Sandhurst. Follow new recruits and find out what happens… 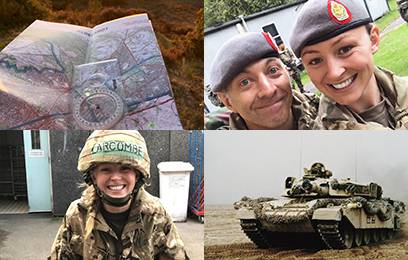